My family and I will be forever grateful to the people at Seeds of Hope. For years, my wife Bev had struggled with addiction. Our lives, as well as the lives of our two children, had been reduced (by drugs) to moving from crisis to crisis, with Bev moving from job to job (she’s a cancer nurse) and more than one brush with the law. Cars were crashed, legal and medical costs mounted, and relationships were severely frayed, as we all rode a roller coaster of emotions as Bev endured the highs and lows of constantly seeking and using drugs.

Finally, after an especially brazen (some would call it insane) attempt to re-supply herself with pills – during which she was caught and arrested – she agreed to check into a rehab program in Cleveland, OH. She spent seven weeks in the hospital, making great strides. Her doctor, however, felt that she needed to spend another six months in a halfway house to allow her to concentrate on healing herself, rather than going home and worrying about trying to run a household. It also would allow us, her family, to have a prolonged period of adjustment to her being gone, and to get used to the idea that she may not be able to come back home to us.

During Bev’s stay at Seeds of Hope, we could see the effects of their structure and discipline. Bev had always acted as though she could handle her drug problem her way, on her time. The program at Seeds of Hope took that option away and showed us that the only way she was going to complete it was to surrender to it. We learned that if she did what she was told to do, she could stay clean. Constant supervision and reinforcement from the staff at Seeds of Hope helped keep Bev working hard at her recovery, and reinforced a determined attitude that has kept her clean for more than 13 years. We’re a happy family, living one day at a time, and Seeds of Hope played a big part in helping us get there. 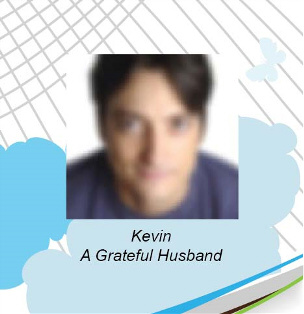